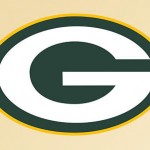 Millions of gallons of beer will be consumed during the game. For those of you non-beer drinkers or if you just want a change, here are three suggestions to suit the great day.

Yep, it packs the punch your team will need to win. Make it by the gallon so you won’t risk missing any extreme game moments if you have to run into the kitchen to mix more.

Beer and cocktail lovers are covered with this great mix. It’s another drink you can make in quantity so there’s plenty to celebrate a win.

Hey, you’ll be showing your support by drinking green and, after all, Wisconsin is known for its great apples as well as its football team. All you need is a little cheese to go with it.