Cocktails should be like a fine perfume or a soft whisper. You don’t drench yourself in so much Chanel #5 that everyone within a 20 foot radius is engulfed with it. You dab on just enough to tease the senses and entice your prey, er people, to you. Talking loudly can cause others to flinch away; a soft whisper means they have to draw close to hear.

So to enhance an aura of sexiness your cocktail should be subtle and seductive. Anything with a name that includes intimate bodily parts, fluids or actions is trashy. Orgasm, Sex on The Beach – they’re trashy; whores. Drink those and you may as well stand up and scream “I’m easy”. But don’t panic if your preferred potion ‘til now has been the Slippery Nipple, here are our five sexiest cocktails to transform you into a sensuous siren or sophisticated stud. 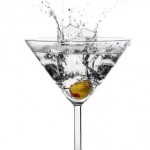 Really, the Martini epitomizes the carnal cocktail. It has endured, thrived in fact, since the 1800s. It’s clean and uncomplicated yet with a life of its own. Just a nuance or two – an extra dash of bitters, a particular brand of gin – and this quintessential classic can morph into something that is uniquely yours.

And you can’t mention martini and sexy without thinking James Bond, the fictional super-sophisticated British spy who popularized the shaken not stirred Vodka Martini. Bond’s personal martini creation, however, was the Vesper, a blend of gin, vodka and Kina Lillet and named for Vesper Lynd, a blend of beauty, secrecy and intelligence.

The original martini was an equal mix of gin and vermouth and is now recreated by the Pegu Club as the Fitty Fitty. Today’s modern classic uses only a splash of vermouth but there’s really no boundary to the variations. Just remain a little aloof as you sip and let your eyes and your cocktail do the talking. 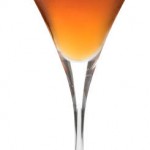 Though there are stories that the drink was named for Lady Randolph Churchill (Sir Winston’s mother) at the Manhattan Club in the 1870s, it was more likely one of the five cocktails (Brooklyn, Bronx, Manhattan, Queen’s and the Staten Island cocktail) created to represent the boroughs of New York city.

The Manhattan itself is perfectly balanced: strong, yet with a touch of sweetness and oh so smooth, and is beautiful to look at with its rich reddish tones and that tantalizing cherry winking at you from its depths. 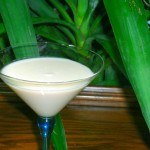 OK, you’re wondering why we’ve included this and the answer is simple – the element of danger. You probably know that a praying mantis is an exotic insect and the female of the species devours the male after mating (sometimes during). Women who have married with intent to murder their spouses for money are often referred to as praying mantes.

That makes this a drink for women rather than men, but imagine the sexual tension the potion could arouse in a guy who’s wondering how accurately your choice of cocktail reflects your personality.

There are several recipes for the praying mantis but by far the sexiest is this one. It’s a potent combination, the secret herbs of the chartreuse adding complexity while the cognac gives warmth and strength and the cream allows the potion to slip down smoothly. 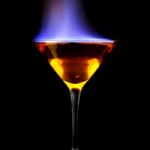 Extreme performance, sleek styling, the Lamborghini (automobile, that is) is like a heat-seeking missile. In other words…it’s HOT. And driving such a powerful machine requires someone who is incredibly self-assured, quick to react when needed yet calm under pressure, but who is also willing to take risks.

Don’t you want the same in a cocktail?

The Flaming Lamborghini is rich and powerful. It takes a steady hand to create and a strong will to drink but is guaranteed to warm you in under 60 seconds.

This is spicy hot, passionate and sweet. Oh, yeah!

Ladies, when you sip this mixture it says you have a complexity of confidence, charisma and intellect, with a promise of something warm and exciting below the surface. But it will take a man of equal intricacy to unravel the mysteries of your psyche and earn your devotion.

Men, the Sexy Woman cocktail shows you are absolutely assured of your masculinity. You’re not afraid to take chances and are up to the challenge of satisfying a truly sexy lady.