You are here: Home » Cocktails » Roffignac 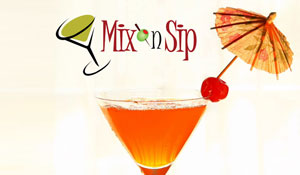 Roffignac cocktail is a New Orleans tradition, created by Count Louis Philippe Joseph de Roffignac, mayor of the city from 1820 to 1828 and who is also famous for bringing street lighting and cobblestones to the French Quarter.The original recipe called for a syrup named Red Hembarig, a sort of raspberry syrup.